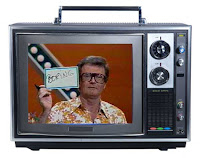 That revelation led to more clicks and discovering this 1951 Salinger quote on literary influences:

“A writer, when he’s asked to discuss his craft, ought to get up and call out in a loud voice just the names of the writers he loves.”

Strategic Thinking Exercises – 6 Characteristics the Best Ones Have

Creativity…Where do you find inspiration? – Guest Post from John Storey

Enter your email address for emails bursting with creativity.

Who We Are
What We Improve
Who You Are
Resources